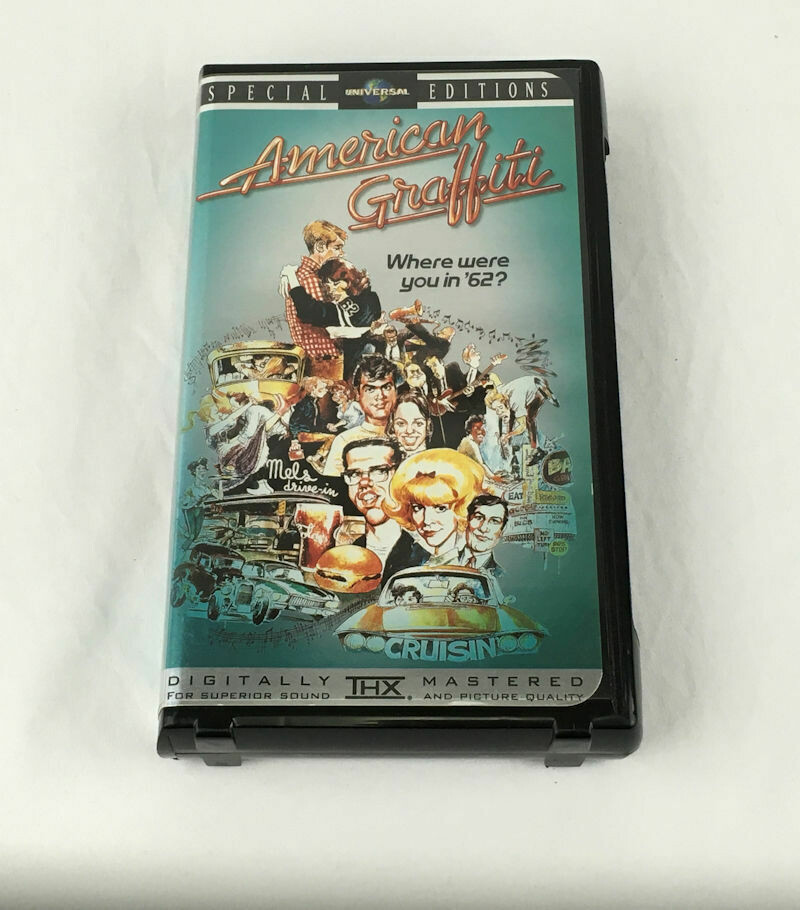 Set in 1962; Produced and released in 1973. AMERICAN GRAFFITI presents a powerful collage of youth on the brink of maturity just before the assassination of J.F.K.. Based on George Lucas's own teenage hot-rodding days in Modesto, California, this brilliant, bittersweet comedy inspired numerous other productions, including the long-running TV series HAPPY DAYS. Lucas's second feature film (following THX 1138), AMERICAN GRAFFITI contains an early screen appearance by Harrison Ford, who would figure heavily in the director's next movie, the sci-fi epic STAR WARS. The film follows one night in the lives of several recently graduated high school students. The genial Steve (Ron Howard) prepares to leave for college the next day, and Laurie (Cindy Williams), his girlfriend, is upset by his impending departure. Laurie's brother, Curt (Richard Dreyfuss), the class intellectual, is also slated for college, but he has serious doubts about his future. Also included here are the hopeless nerd (Charles Martin Smith) and the eternally cool drag racer, John (Paul LeMat), who feels pressure to live up to his reputation. A nostalgic feeling is evoked in seeing the teenagers cruising in their hot rods, eating at Mel's Diner, and listening to Wolfman Jack spin the latest hits, with the camera jumping from character to character as they each enjoy--or fret over--their last moments of summer freedom.