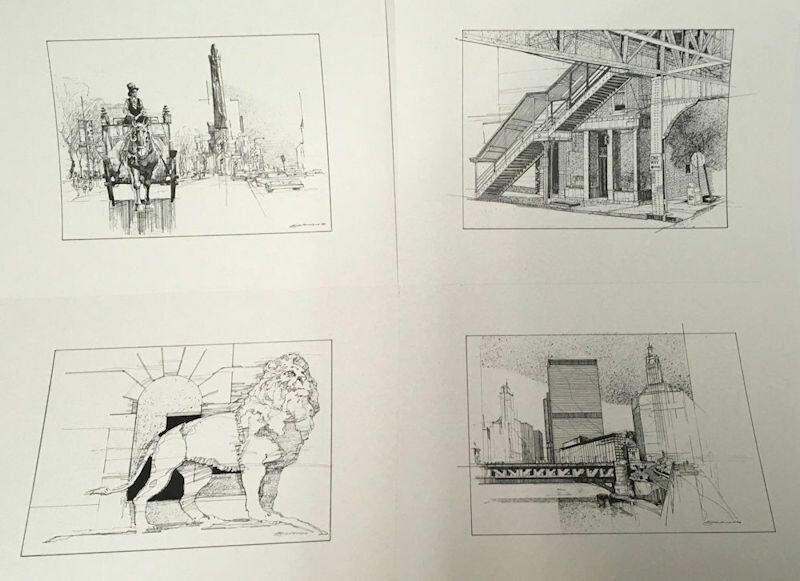 Joe DeVelasco (1933-1999) was born in Chicago's Uptown area; he attended the School of the Art Institute of Chicago and the American Academy of Art. Since 1961 until 1999 he was a free-lance artist and Fine Arts painter. He periodically held drawing workshops at his studio and has taught workshops at Studio Four Art Workshop in downtown Chicago and the Park Ridge Art League.

Major advertising agencies in Chicago such as: Leo Burnett Co., Inc.; J. Walter Thompson USA, Inc. and Post, Keyes and Gardner Agency have used his free-lance work. He had done medical illustrations for Chicago University Hospital and the Siber-McInyre Agency. CBS television network used him to do court room sketches.

Joe was a member of the Oil Painters of America organization; He had held several one-man shows in the Midwest including the Chicago Press Club.