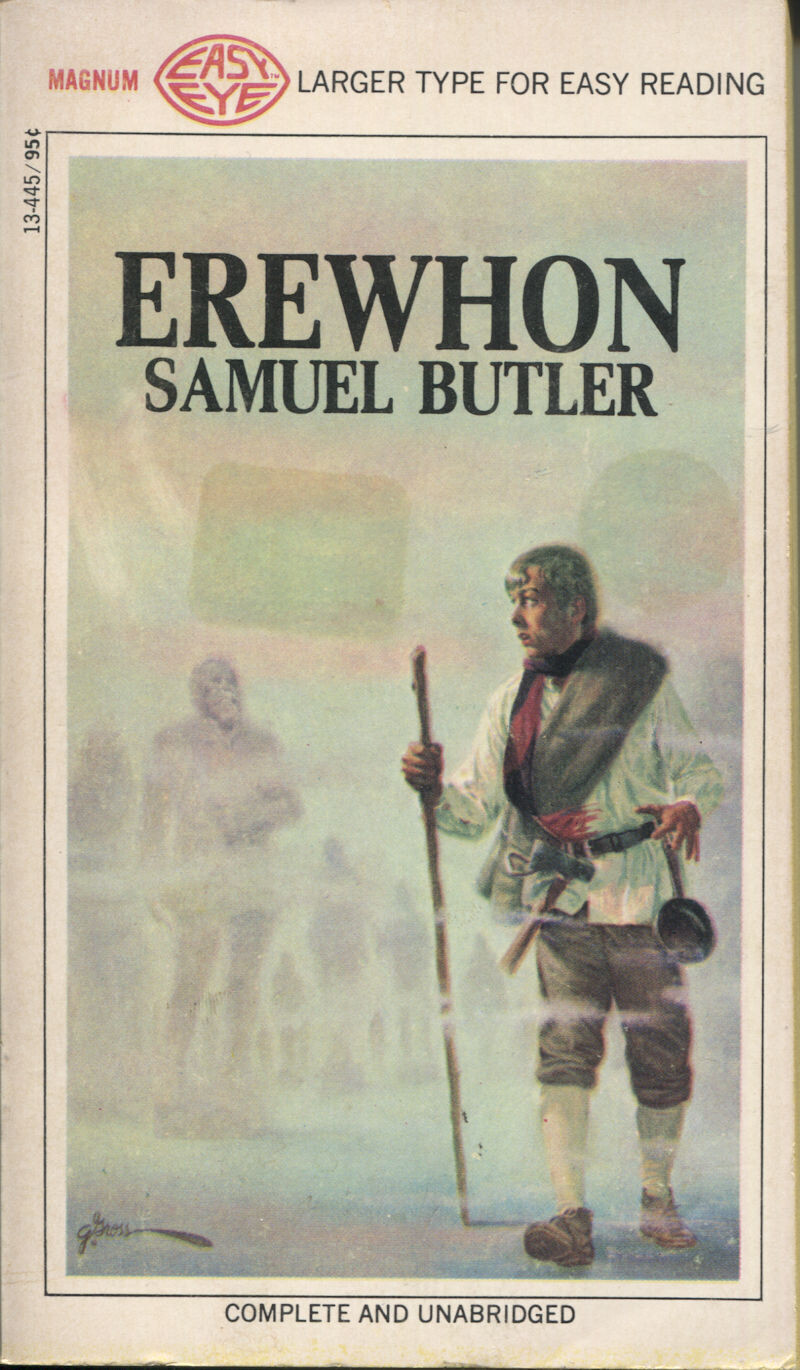 Erewhon; or, Over the Range, satirical novel by Samuel Butler, first published anonymously in 1872. During Butler’s lifetime, his reputation rested on the success of Erewhon, which he claimed as his own when it met with immediate approval. It was the only work from which Butler earned a profit.

The name of the realm in which the novel is set, Erewhon, is an anagram for “nowhere.” The novel begins as an adventure story, using the convention of travel in an imaginary country. To the story’s narrator, Erewhon at first seems utopian in its disregard for money—which lends status but has no purchasing value—and machines—which have been outlawed as dangerous competitors in the struggle for existence. Erewhon has also declared disease a crime for which the sick are imprisoned, and crime is considered a disease for which criminals are sent to the hospital. As the unnamed narrator further examines the institutions of Erewhon, his illusions of utopia and eternal progress are stripped away.