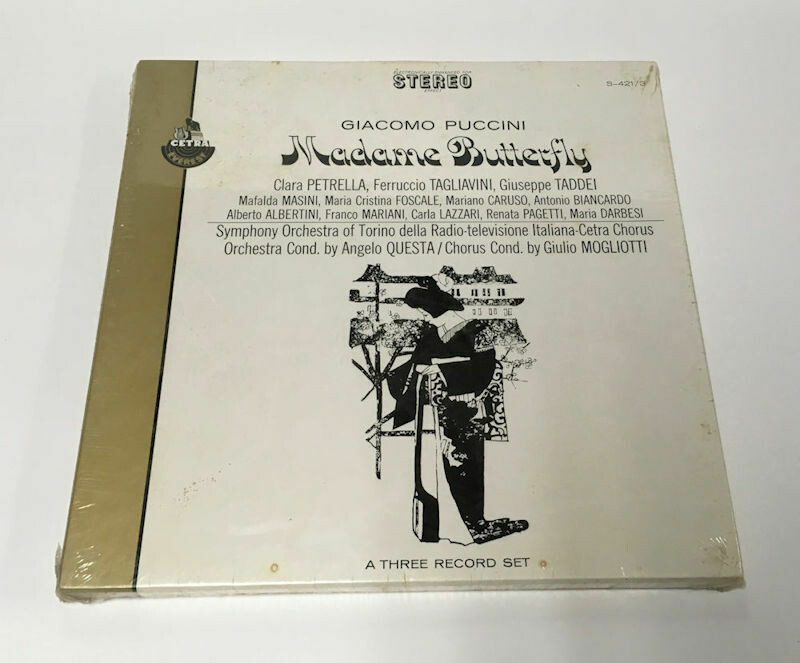 Supposedly contains a non-paged booklet [30 p.] stating the distribution as well as the text of the libretto in Italian with English translation facing.

The C.e.t.r.a. (the name stands for "Compagnia per edizioni, teatro, registrazioni ed affini") was born in Torino April 10, 1933 on the initiative EIAR (Ente Italiano Audizioni Radiofoniche), who decides to transform the "Edizioni musicali Radiofono" , active since 15 September 1923 (and owned) in the record company, and changed its name in "Cetra Società Anonima"; later the company will become a s.p.a. the December 16, 1957 is joined with the Milano record company Fonit
Born the "FONIT CETRA" the two companies continued to release discs with two different labels, until the '70s