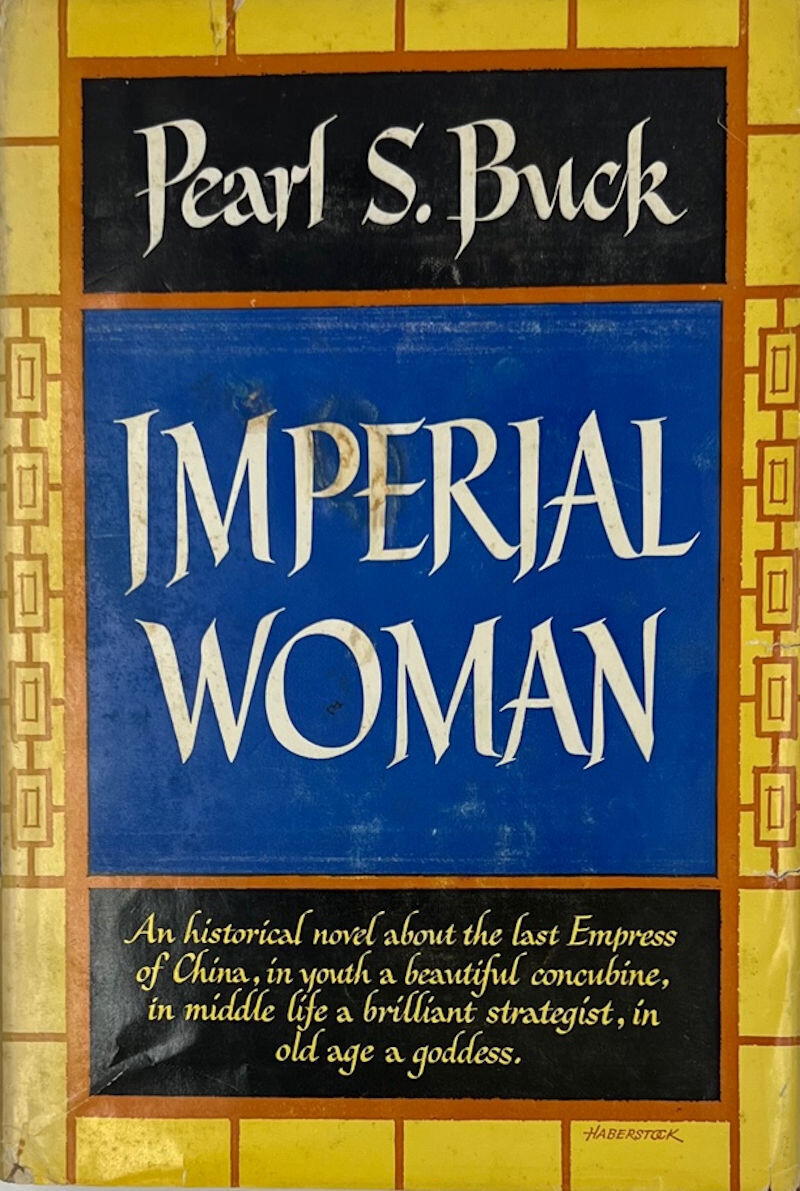 Condition: Used. Good Dust Cover is edge/corner worn and some chipping and creasing. Good Condition+ Book with Orange hard covers with gilt titles & illustration to the front cover and spine. Spine and corner bumping, unmarked interior.
An historical novel about the last Empress of China, in youth a beautiful concubine, in middle life a brilliant strategist, in old age a goddess.

Pearl Comfort Sydenstricker was born on June 26, 1892, in Hillsboro, West Virginia. Her parents were Southern Presbyterian missionaries, most often stationed in China, and from childhood, Pearl spoke both English and Chinese. She returned to China shortly after graduation from Randolph-Macon Woman's College in Lynchburg, Virginia, in 1914, and the following year, she met a young agricultural economist named John Lossing Buck. They married in 1917, and immediately moved to Nanhsuchou in rural Anhwei province. In this impoverished community, Pearl Buck gathered the material that she would later use in The Good Earth and other stories of China.

Pearl began to publish stories and essays in the 1920s, in magazines such as The Nation, The Chinese Recorder, Asia, and The Atlantic Monthly. Her first novel, East Wind, West Wind, was published by the John Day Company in 1930. John Day's publisher, Richard Walsh, would eventually become Pearl's second husband, in 1935, after both received divorces.

In 1931, John Day published Pearl's second novel, The Good Earth. This became the bestselling book of both 1931 and 1932, won the Pulitzer Prize and the Howells Medal in 1935, and would be adapted as a major MGM film in 1937. Other novels and books of nonfiction quickly followed. In 1938, less than a decade after her first book had appeared, Pearl won the Nobel Prize in literature, the first American woman to do so. By the time of her death in 1973, Pearl had published more than seventy books: novels, collections of stories, biography and autobiography, poetry, drama, children's literature, and translations from the Chinese. She is buried at Green Hills Farm in Bucks County, Pennsylvania.