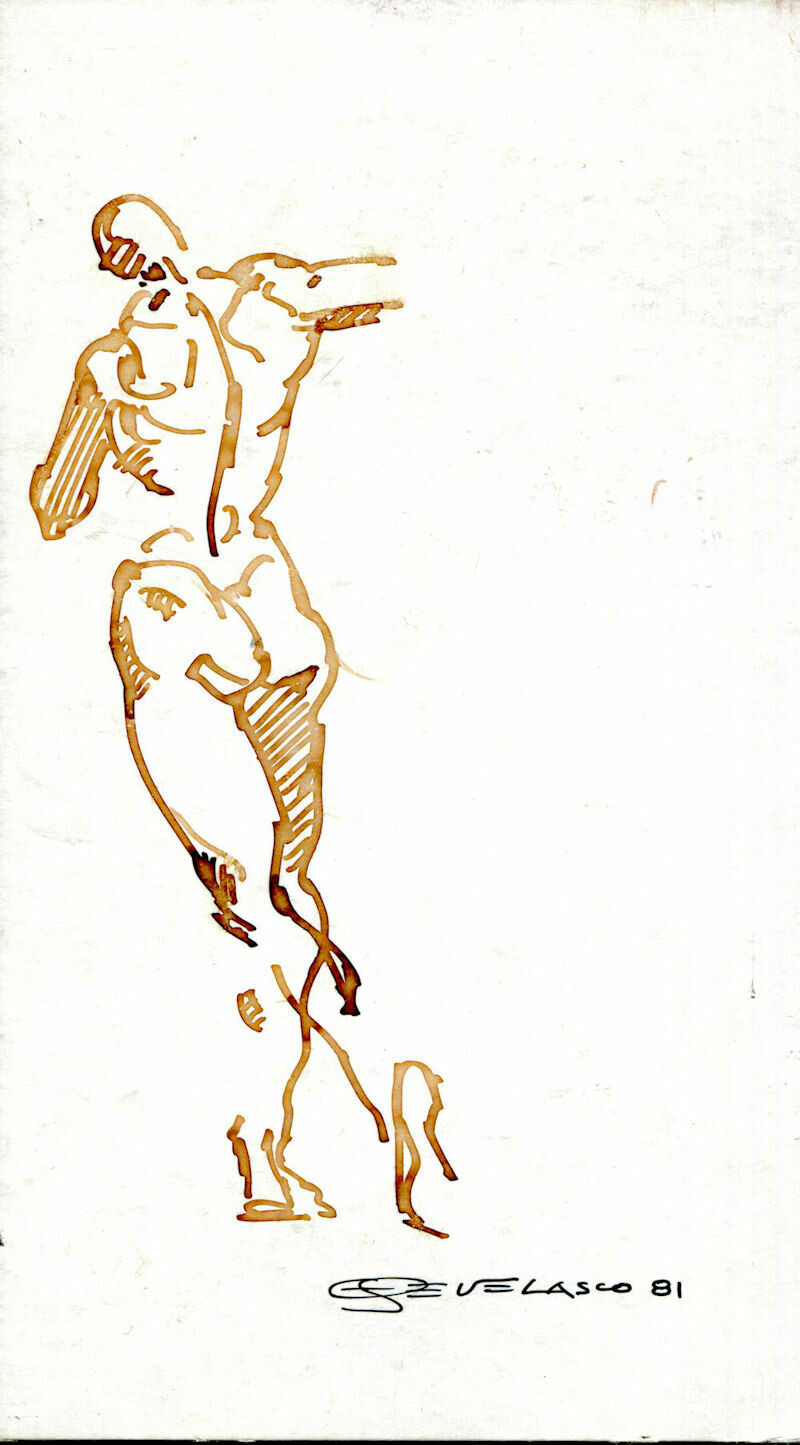 Joe Develasco Estate - Male Figure Pen on Illustration Board Signed 1981
Condition: NM Original from the Artist's Estate SEE Photo
Image Size: 7.5” x4.25”
Joe DeVelasco (1933-1999) was born in Chicago's Uptown area; he attended the School of the Art Institute of Chicago and the American Academy of Art. Since 1961 until 1999 he was a free-lance artist and Fine Arts painter. He periodically held drawing workshops at his studio and has taught workshops at Studio Four Art Workshop in downtown Chicago and the Park Ridge Art League.