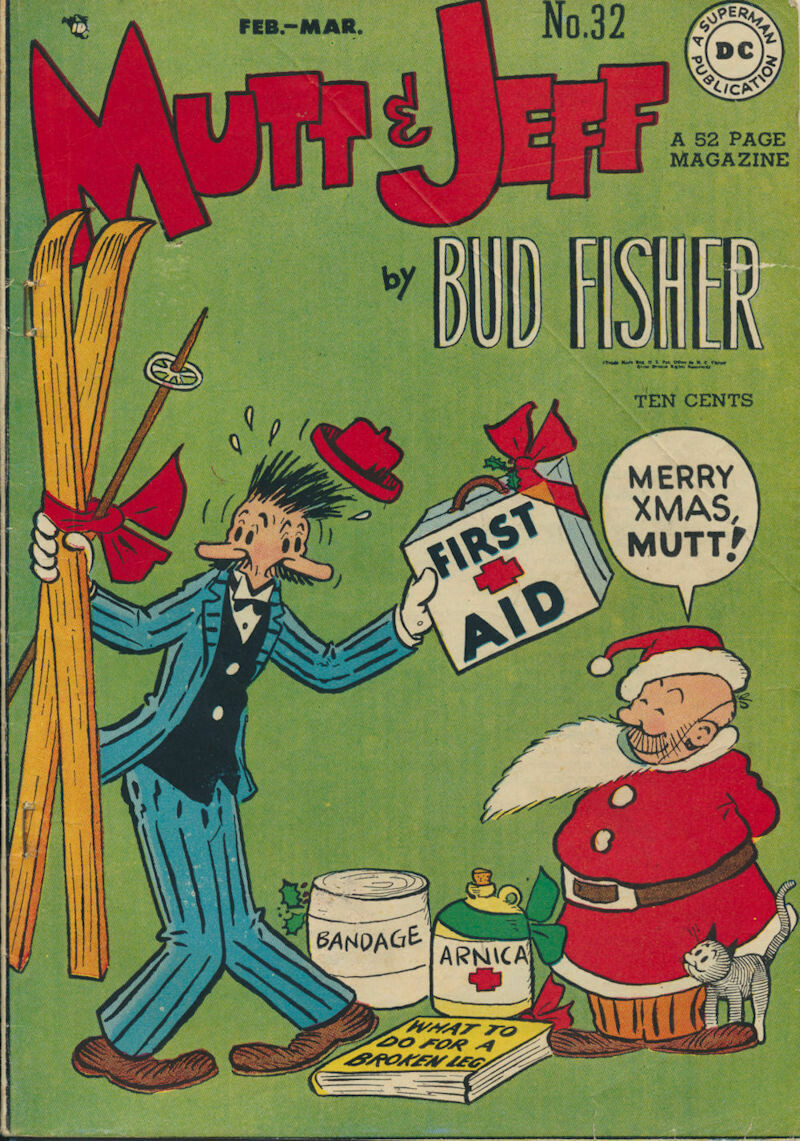 "In 1939, DC gave them their own comic book, published until 1958 for 103 issues that consisted entirely of newspaper reprints. Dell Comics took over the feature after DC dropped it, but their tenure only lasted for one year and 12 issues. Many of the Dell issues featured new, conventional-length stories drawn by Smith.....