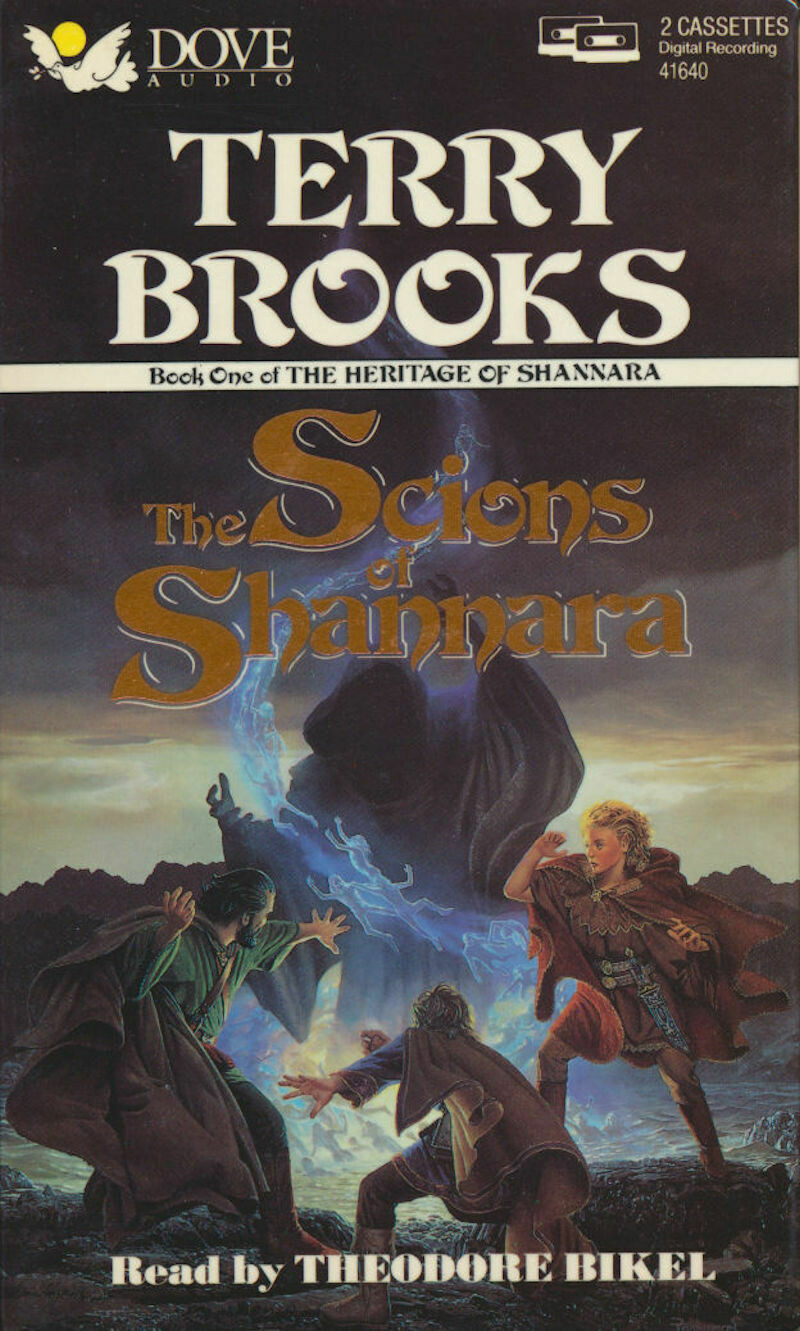 A series of three books written by Terry Brooks. Based in the world of Shannara that the first series, Sword of Shannara created, this trio of books is just as interesting. It concerns the rise of evil in the world again and focuses on the descendants of the first group of characters, all that is left of the family able to weild the spellsong. It is set about 300 years later.

The Scions of Shannara (Book 1) - Three hundred years have passed since the death of the Druid Allanon, and the Four Lands are sadly changed. The Elves have vanished, and the Dwarves are enslaved. The Southland is under the totalitarian rule of the Federation, and magic is forbidden. Now the spirit of Allanon returns to the Scions of Shannara and shows them a bleak future in which the evil Shadowen have destroyed all life in the Four Lands. To prevent that, he orders the Scions to recover the long-lost Sword of Shannara, bring back the vanished Elves, and find the long-hidden Druids. But the forces of evil are already mobilizing against them. 2 cassettes. Dove Audio 41640.

The Druid of Shannara (Book 2) -Four intrepid voyagers embark on a perilous journey to retrieve the Elfstone from an ancient being, the Stone King. 2 cassettes. Dove Audio 41620.

The Elf Queen of Shannara (Book 3) - The author of The Sword of Shannara weaves a tale of sorcery and mysticism, as the elf queen employs every magical power she possesses in a struggle against the forces of evil. 2 cassettes. Dove Audio 42000.