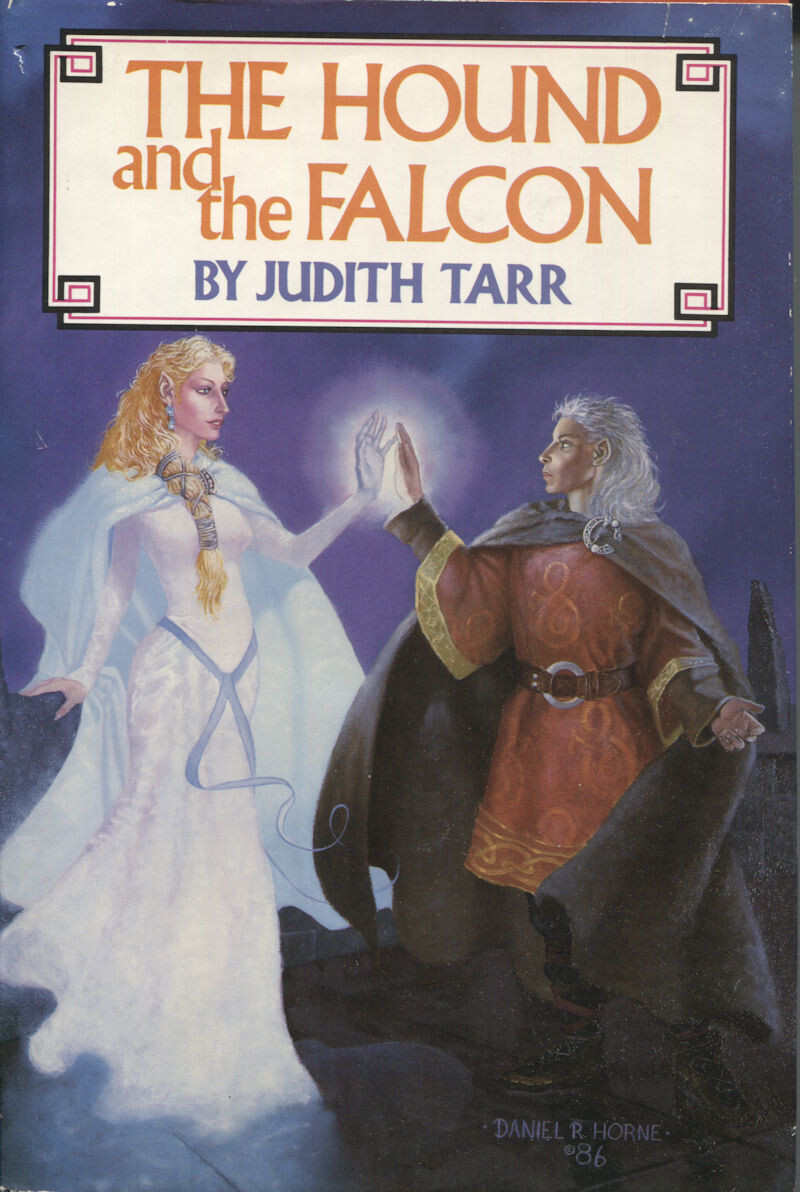 Contains the books The Isle of Glass (Bluejay, 1985), The Golden Horn (Bluejay, 1985), and The Hounds of God (Bluejay, 1986).
The books tell the story of the elf Alf, who grew up as a monk in a monastery among humans, and how he meets love and comes to terms with who he is. The books contain elements of historical fiction, including the Sack of Constantinople in the Fourth Crusade.Publisher:
Nelson Doubleday 1985-1986 Book Club Edition.
Condition: Used. Good. Spine bowing. Pages very good. Dust cover Very Good with normal wear.
728 Pages
Measures 8.5" by 5.75"
Cover art by Dan Horne.
Alfred of St. Ruan's Abbey is a monk and a scholar, a religious man whose vocation is beyond question. But Alfred is also, without a doubt, one of the fair folk, for though he is more than seventy years old by the Abbey's records, he seems to be only a youth.
But Alfred is drawn from the haven of his monastery into his dangerous currents of politics when an ambassador from the kingdom of Rhiyana to Richard Coeur de Leon is wounded and Alfred himself is sent to complete the mission. There he encounters the Hounds of God, who believe that the fair folk have no souls, and must be purged from the Church and from the world.